It was a change in the laws rather than a change in the drug or in human nature that stimulated the large-scale marketing of marijuana for recreational use in the United States. Not until the Eighteenth Amendment and the Volstead Act of 1920 raised the price of alcoholic beverages and made them less convenient to secure and inferior in quality did a substantial commercial trade in marijuana for recreational use spring up. 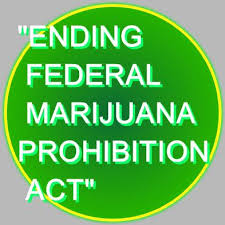 Evidence for such a trade comes from New York City, where marijuana "tea pads" were established about 1920. They resembled opium dens or speakeasies except that prices were very low; a man could get high for a quarter on marijuana smoked in the pad, or for even less if he bought the marijuana at the door and took it away to smoke. Most of the marijuana, it was said, was harvested from supplies growing wild on Staten Island or in New Jersey and other nearby states; marijuana and hashish imported from North Africa were more potent and cost more. These tea pads were tolerated by the city, much as alcohol speakeasies were tolerated. By the 1930s there were said to be 500 of them in New York City alone. 1


In 1926 the  New Orleans Item and  Morning Tribune, two newspapers under common ownership, published highly sensational exposés of the "menace" of marijuana. 2 They reported that it was coming into New Orleans from Havana, Tampico, and Vera Cruz in large quantities, plus smaller amounts from Texas. "In one day, ten sailors were followed from the time they left their ships until they delivered their respective packages of the drug to a particular block in the Vieux Carre." 3 The sailors, it was said, bought marijuana in the Mexican ports for $10 or $12 per kilogram (2.2 pounds) and sold it in the Vieux Carré for $35 to $50. 4 This was far more profitable than smuggling a comparable weight of whiskey.


Much of the smuggled marijuana was smoked in New Orleans; but some, it was said, was shipped–– up the Mississippi and "found its way as far north as Cleveland, Ohio, where a well-known physician said it was smoked in one of the exclusive men's clubs." 5


In New Orleans, the reporters in 1926 laid particular stress on the smoking of marijuana by children. "It was definitely ascertained that school children of 44 schools (only a few of these were high schools) were smoking 'mootas.' Verifications came in by the hundreds from harassed parents, teachers, neighborhood pastors, priests, welfare workers and club women.... The Waif's Home, at this time, was reputedly full of children, both white and colored, who had been brought in under the influence of the drug. Marijuana cigarettes could be bought almost as readily as sandwiches. Their cost was two for a quarter. The children solved the problem of cost by pooling pennies among the members of a group and then passing the cigarettes from one to another, all the puffs being carefully counted." 6 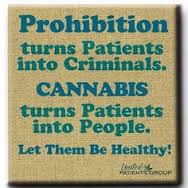 A Louisiana law passed in 1927, after the newspaper exposé, provided a maximum penalty of a $500 fine or six months' imprisonment for possession or sale of marijuana. * 7 There followed "a wholesale arrest of more than 150 persons. Approximately one hundred underworld dives, soft drink establishments, night clubs, grocery stores, and private homes were searched in the police raids. Addicts, hardened criminals, gangsters, women of the streets, sailors of all nationalities, bootleggers, boys and girls–– many flashily dressed in silks and furs, others in working clothes all were rounded up in the net which Captain Smith and his squad had set." 8


* The penalties were later escalated to include thirty years at hard labor or the death sentence for sale of marijuana to anyone under twenty-one years of age (first offense). We have found no record, however, of the actual imposition of the death sentence in a United States marijuana caseThe newspaper investigation, the new law, and the heavily publicized police roundups did not, however, accomplish their purpose. On the contrary, according to Commissioner of Public Safety Frank Gomila, during the next few years New Orleans "experienced a crime wave which unquestionably was greatly aggravated by the influence of this drug habit. Payroll and bank guards were doubled, but this did not prevent some of the most spectacular hold-ups in the history of the city. Youngsters known to be 'muggle-heads' fortified themselves with the narcotic and proceeded to shoot down police, bank clerks and casual bystanders. Mr. Eugene Stanley, at that time District Attorney, declared that many of the crimes in New Orleans and the South were thus committed by criminals who relied on the drug to give them a false courage and freedom from restraint. Dr. George Roeling, Coroner, reported that of 450 prisoners investigated, 125 were confirmed users of marihuana. Mr. W. B. Graham, State Narcotic Officer, declared in 1936 that 60 percent of the crimes committed in New Orleans were by marihuana users." 9

Intensive patrolling of the New Orleans harbor tended to curb imports; but Louisianans were little inconvenienced by the smuggling curbs; they simply began to grow their own marijuana. "The first large growing crop in the city was found in 1930 and its value estimated at $35,000 to $50,000.... In 1936 about 1,200 pounds of bulk weed were seized along with considerable quantities of cigarettes. On one farm, 5-1/2 tons were destroyed and other farms yielded cultivated areas of about 10 acres....

One resident of the city was found growing 100 large plants in his backyard." 10 The net effect of eleven years of vigorous law enforcement was summed up by Commissioner Gomila in 1938: "Cigarettes are hard to get and are selling at 30 to 40 cents apiece, which is a relatively high price and a particularly good indication of the effectiveness of the present control." 11 Marijuana smoking, in short, had become endemic in New Orleans–– and remains endemic today. What years of law enforcement had accomplished was to raise the price from two for 25 cents to 30 cents or 40 cents apiece–– and even this increase might be attributable in part to inflation.

In Colorado, the Denver News launched a similar series of sensational marijuana exposés following the pattern set in New Orleans. 12 Mexican laborers imported to till the Colorado beet-sugar fields, it seems, had found Prohibition alcohol very expensive and so had resorted instead to marijuana, bringing their supplies north with them. A Colorado law against marijuana was duly passed in 1929. 13

These sensational newspaper accounts and early efforts to outlaw marijuana should not, however, be taken as evidence that marijuana smoking was in fact widespread. In 1931 the United States Treasury Department, then responsible for enforcing both the federal antinarcotics and the federal antialcohol laws, indicated that the marijuana exposés in the newspapers were quite possibly exaggerated:

A great deal of public interest has been aroused by newspaper articles appearing from time to time on the evils of the abuse of marihuana, or Indian hemp, and more attention has been focused on specific cases reported of the abuse of the drug than would otherwise have been the case. This publicity tends to magnify the extent of the evil and lends color to an inference that there is an alarming spread of the improper use of the drug, whereas the actual increase in such use may not have been inordinately large. 141.

SPECIAL THANKS TO ALL IN THE EDUCATION IN MARJUANA REFORM, NEWS ETC.

AND SO MANY MORE THOSE WHO STAND UP FOR THERE RIGHTS