medical marijuana does it really work

Can you Imagine being in constant, nerve-rattling pain throughout your entire body. If your doctor,friend or chiropractor told you that smoking or evon digesting marijuana—the plant that has been at the center of the war on drugs and the largest push for legalization since Prohibition—could help, wouldn’t you use it?n if your answer is no then you have probably never experienced real pain. 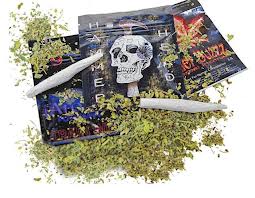 What exactly is medical marijuana? Is it another way for people to smoke legally, or does it have provable health benefits? see there is a fine line between smokin for pleasure and for medical reasons Check out Online Health Wikis guide to medical marijuana.

The main effects of marijuana use are muscle relaxation, drowsiness, a sense of euphoria and increased appetite, all of which can be utilized medically. The main negative side effects like dizziness, dry mouth and some memory loss and of course food intake. There are already a number of states in the US that have voted to legalize medical marijuana—never mind the states that have completely decriminalized  or even legalized it. California was the first place where this happened, and it has become the model that other states fight to reform and have based their policies on. In areas where marijuana is approved for medical use, doctors can prescribe the drug like they would any other treatment. Some patients with permission from their doctor can even grown their own marijuana at home.

Most illnesses that marijuana is prescribed for are chronic. Many have to do with problems sleeping or eating. Marijuana is also prescribed to ease multiple sclerosis-related muscle spasms, seizures, Crohn’s disease, glaucoma, peripheral neuropathy, and to ease the nausea caused by chemotherapy.

Smoking marijuana isn’t the only way that patients can get relief from the same treatment. Synthetic forms of the psychoactive agent in marijuana, tetrahydrocannabinol, or THC as it is commonly known, have been created. They can already legally be prescribed to relieve pain symptoms without causing patients to get “high”. While endorsed by governmental bodies that say marijuana should remain an illicit substance, for many patients using synthetic version of a readily available plant seems ridiculous. These synthetic forms of THC
are also brand name drugs produced by large corporations for profit, and may lack real marijuana’s effectiveness to curb symptoms.

medical marijuana is not a good idea for everyone. There are some people whose situations prevent their doctors from prescribing the drug. For example, anyone who has a history of psychosis is not allowed to be given medical marijuana. For people with mental illness, marijuana can pose a risk for worsening symptoms or triggering new episodes. Also, patients who suffer from heart conditions are not given marijuana, as use of the drug does increase heart rate, and could pose a threat. Other people who are never prescribed marijuana include minors and pregnant women.

Is marijuana use justified in patients who are suffering from life-long diseases? Or is it just another excuse to get high? Eventually, if things continue to go as they are now, the drug will be available to everyone for treatment. The choice of whether or not to use it may only come down to the individual and how that person views use of the drug.

Should Marijuana become more readily available for medical use? What’s your opinion? Let us know in the comments below.